Available Services 2021 (while under quarantine restrictions from Philippine government)
April 26, 2020

We hope you and your families are safe and well during this time. 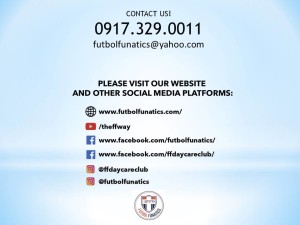 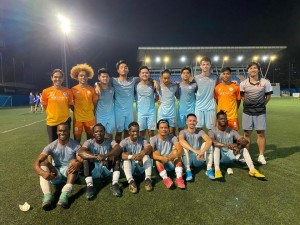 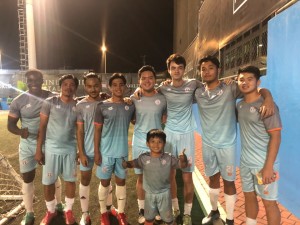 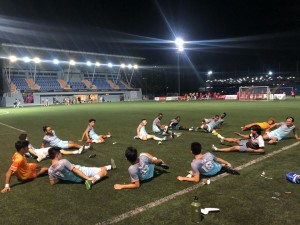 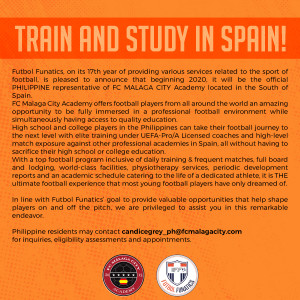 Futbol Funatics, on its 17th year of providing various services related to the sport of football, is pleased to announce that beginning 2020, it will be the official PHILIPPINE representative of FC MALAGA CITY Academy located in the South of Spain.

FC Malaga City Academy offers football players from all around the world an amazing opportunity to be fully immersed in a professional football environment while simultaneously having access to quality education.

High school and college players in the Philippines can take their football journey to the next level with elite training under UEFA-Pro/A Licensed coaches and high-level match exposure against other professional academies in Spain, all without having to sacrifice their high school or college education.

With a top football program inclusive of daily training & frequent matches, full board and lodging, world-class facilities, physiotherapy services, periodic development reports and an academic schedule catering to the life of a dedicated athlete, it is THE ultimate football experience that most young football players have only dreamed of.

In line with Futbol Funatics’ goal to provide valuable opportunities that help shape players on and off the pitch, we are privileged to assist you in this remarkable endeavor.

for inquiries, eligibility assessments and appointments. 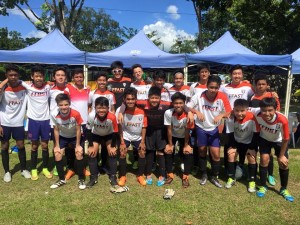 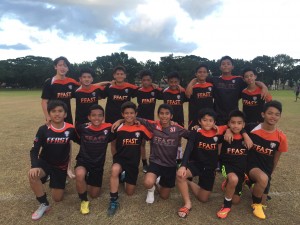 Futbol Funatics would like to congratulate long time FF player Ysa Samonte for being selected as one of the 12 Philippine delegates (10-12 years old) being sent to the Astro Kem Bola Advanced Training Camp that will be held in Kuala Lumpur, Malaysia from September 13 to 17. Ysa has been training under Futbol Funatics for many years at FF’s Tahanan Village camp and is a part of FF’s Advanced Training Program and Selection Team (FFAST) as well as the Forza FC UFL Youth Team Born 2005.

Ysa was one of the hundreds of youth football players who tried out to be part of the Astro Kem Bola Camp which had screenings in Metro Manila, Davao, Iloilo and Negros Occidental handled by Globe Telecom and their Football Para Sa Bayan initiative. The Philippine delegation will be meeting their selected counterparts from Singapore and Malaysia at the camp in Kuala Lumpur and from there a further selection will be made for a training program in Europe this December.

Congratulations, Ysa and good luck to all the Philippine delegates! 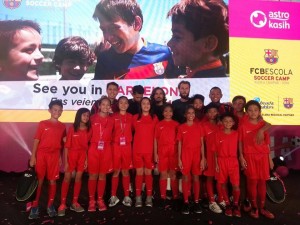 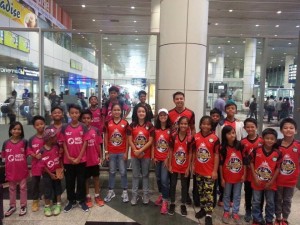 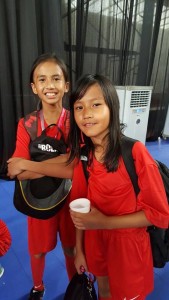 Futbol Funatics is pleased to announce the opening of the FF Day Care Club!

The first branch has recently opened on El Grande Ave., BF Homes, Paranaque and offers monthly, weekly and daily packages to suit all types of lifestyles and parents’ needs. The main objective of the Club is to provide toddlers a stimulating and fun learning environment while simultaneously providing premium child care.

The activities are dynamic and are mainly focused on sports skills development, creativity and the arts, music and movement, Spanish language learning through FF’s Spanish Schoolyard Program and enhancement of listening skills. In the process, the children are also taught essential manners and values, learning how to share and respect others.

The Day Care is at the FF head office and is an air-conditioned matted facility with various zones—the Recreation Zone which is active play area; the Relaxation Zone where they have access to comfortable kiddie sofas and a library where they can browse through numerous English and Spanish children’s books; the Resting Lounge where they have their milk breaks and short naps; and the Refuel Zone which has the diaper-changing area, bathrooms and pantry.

For more information on the FF Day Care Club services and instructions on how to book, details can be found at https://www.futbolfunatics.com/ff-day-care-club or you can contact 0917-329-00-11 for more details. 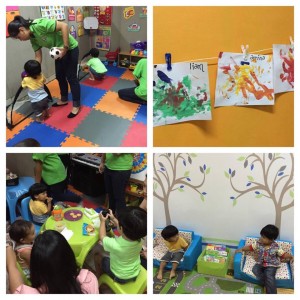 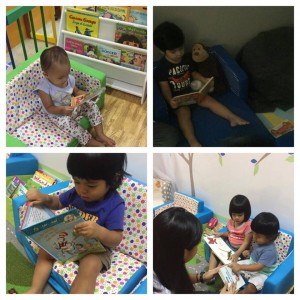 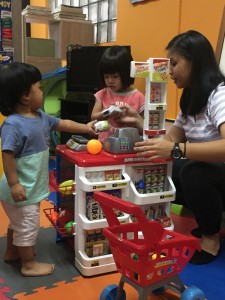 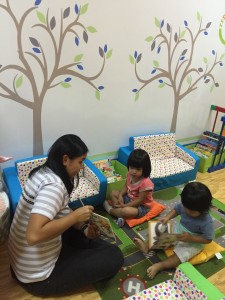 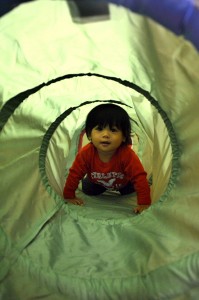 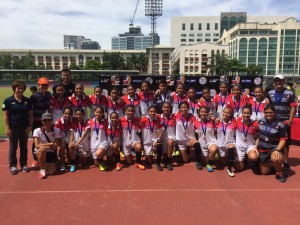 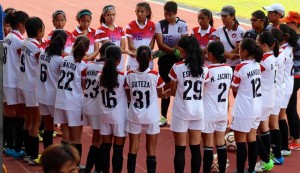 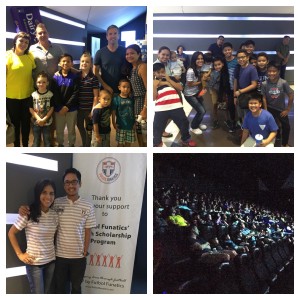 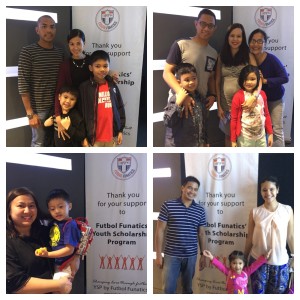 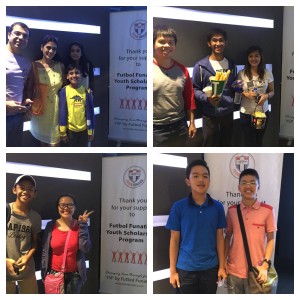 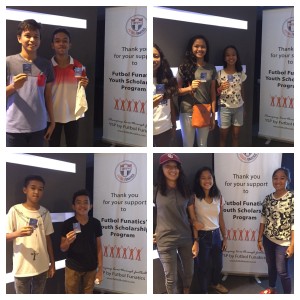 *COMPLETE PHOTO GALLERY OF EVENT ATTENDEES  CAN BE FOUND AT 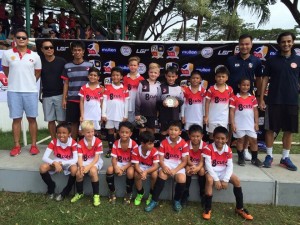 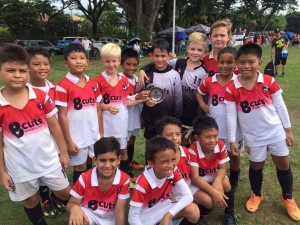 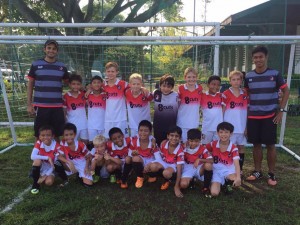 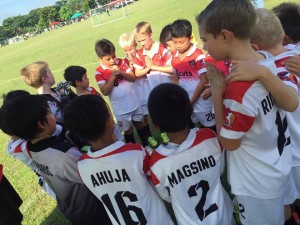 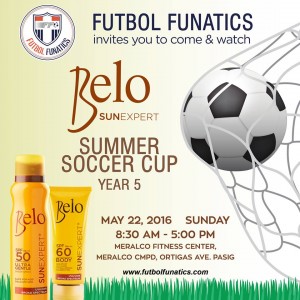 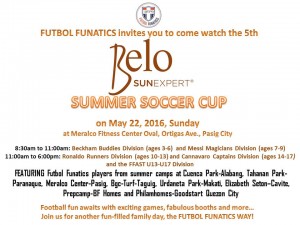 We are pleased to see players growing and blossoming and most importantly, knowing how to enjoy themselves on and off the pitch while staying competitive. Congratulations to all the FFAST players for representing Futbol Funatics well! ‪#‎futbolfunatics‬ ‪#‎FFAST‬ 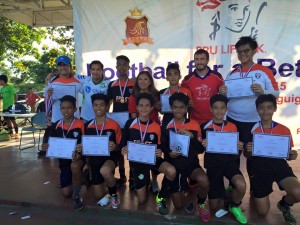 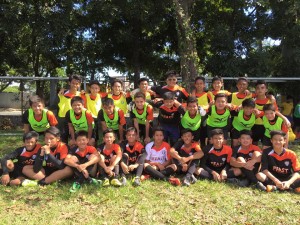 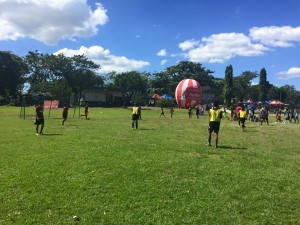 This 2015, we had a vision to share our football passion with the kids of Cebu City. We started off by selecting players to sponsor and bring to Manila over the summer to participate in the UFL youth league under another program we handle, Forza FC youth. The pioneer Cebu delegation composed of 7 Cebuano players who were handpicked by our Technical Director, Coach Ave. They were brought to Manila for the whole summer to train, play matches, engage in game analysis sessions, player evaluation discussions and team bonding activities– giving them opportunities to make new friends, create valuable memories and practice self-responsibility while living away from home. For FF, it is never just about the playing, winning or losing, but the entire experience of what football can bring and change in the lives of the players.

Last July, after the fruitful summer experience, we brought our Advanced Supplementary Training Program (FFAST) to Cebu for continuity in helping enhance the players’ skills and football knowledge as well as open doors for them to interact with our Manila players in the future.
By September, we offered our camp program for ages 3-6 as well and so far, the kids in our Beckham Buddies-Cebu program are having a blast!

The FF Cebu-based coaching team–Totot, Andre, Jhures and Dave–along with the FF-Manila community, would like to welcome all our new players in Cebu to Futbol Funatics! We look forward to more growth, opportunities and fun for these football lovers from the south!